What your heroes don’t show on social media 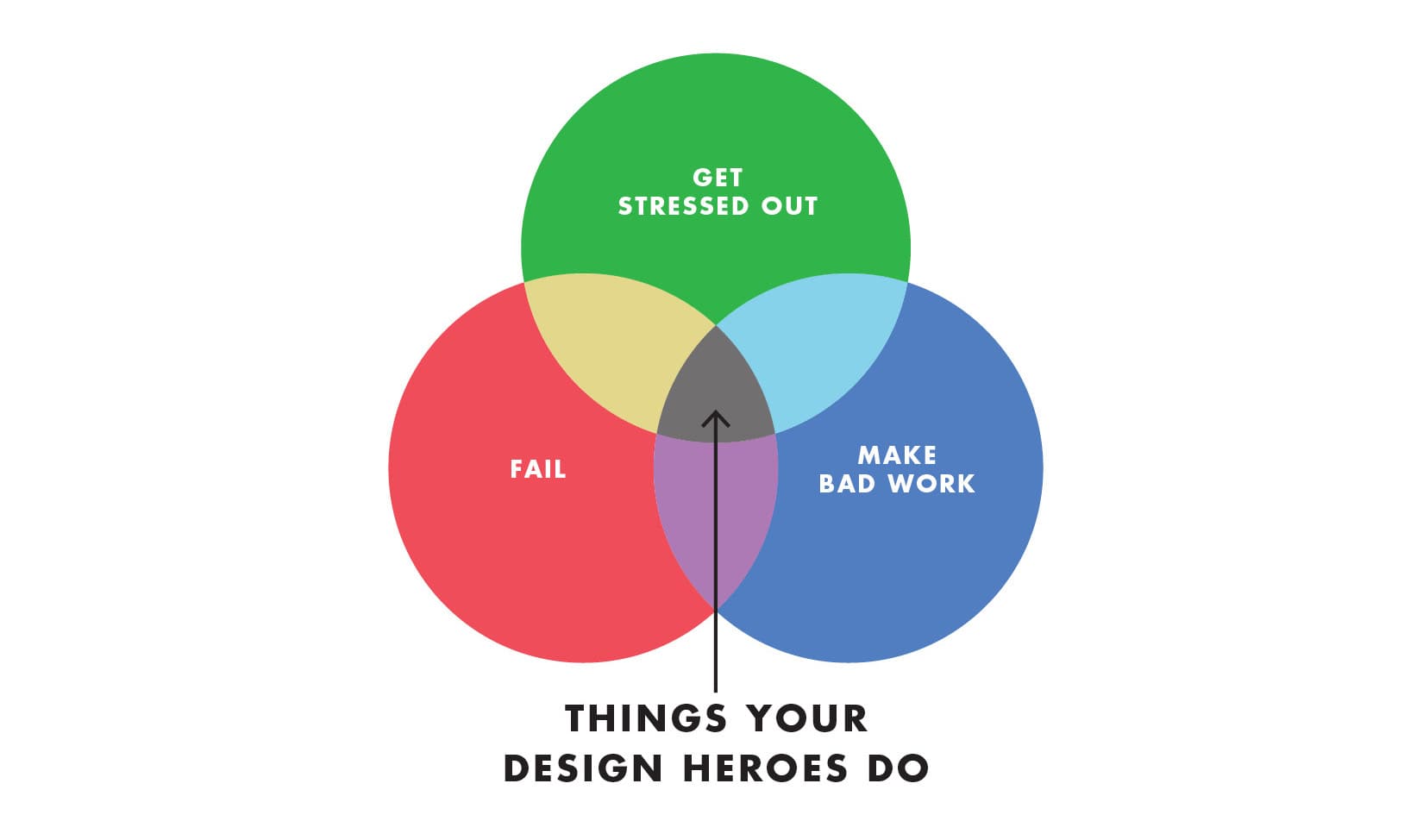 As a student at design school, you were exposed to a lot of design work. You likely took at least one, and maybe two or three classes in the history of art and design. You were shown and lectured on a lot of historical precedent as it relates to contemporary work. As somebody who is curious about design, you see work on the Internet all the time, and you have some favorite artists and designers you admire and appreciate. In fact, you probably have some heroes of design: people who you think are nothing short of brilliant in the work they make and their creative practice. These are people you look at with a sense of awe and wonder at how amazing their work is and how incredible their portfolios are.

Heroes are good. Looking up to another designer, admiring them, and wanting to eventually get to their level is a good thing to do. It can help to see how others did it before you, the road they took to get where they are. It can help you understand what it takes to be successful in this field. Heroes can provide a sense of hope that can be good to have, especially on the days you’re not having fun being a designer.

What is not a good thing to do is to think of them as gods. You should not worship them. It is not good to think that everything they do is amazing and without fault, that they are flawless and consistently brilliant in their work. This is bad because quite simply it isn’t true. Every single designer you like has made horrible, awful, crappy work. And I don’t just mean when they started out, I mean right now. Everybody makes crap, and nobody is immune from making awful stuff, no matter how successful or well-known they are. Your heroes have crappy days where nothing is clicking. Your heroes make stuff that turns out horribly, and they have wasted a whole bunch of time getting nowhere. Your heroes have ideas that when fleshed out just don’t work. This happens every single day to all the people you admire. Just because they are your heroes does not mean they never suck at being a designer, because they do.

Nobody is beyond criticism; nobody is so good that other people don’t get to dislike what they make. Nobody is so perfect and so incredible at what they do that every single thing they make is unbelievably amazing. There is literally no one like that on the planet. Thinking about these people as untouchable is both ridiculous and toxic. It creates a completely unattainable fantasy world of what you think being a “good” designer is. It makes being that good into something you can never achieve — because they haven’t gotten there either. It does not exist. You have an illusion of their amazingness in your head and it is simply not real. I see hero worship over and over and over again with students and professionals alike. People comparing themselves to their heroes and thinking, “I’ll never be that good. I’ll never make work that amazing.” What everyone forgets is that their heroes once were in exactly the same spot they are now, and they once said the exact same thing about the work of their own heroes.

What you’re not seeing is, as they say, the sausage getting made. You’re not seeing all the mistakes, all the screw-ups, all the things that don’t work, all the ideas that were horrible and misguided from the start. You are also not seeing all the time they have spent on these projects, the hours and hours and hours of refinement and changes and tweaking and alterations and time spent getting these pieces to where they look amazing. Even though you intellectually understand that this work does take time, you didn’t have to live it, so you don’t really reckon with it when you just see the end result.

The other thing that you don’t see is the years spent getting to the point of making good work. Your older heroes especially may have spent decades getting to where they are able to create that one beautiful piece you liked on Instagram.

The other thing you’re not seeing on social media is their lives. I do not mean their lives that are carefully curated for getting likes, where they sip expensive coffee in a café in Venice or look pensively out at a sunrise over the mountains of Switzerland. I mean their actual, real lives. When they have to pay taxes, when they cook a normal, non-photogenic dinner, when their car breaks down, when they try to fall asleep, when they have an argument with their spouse, when they have bad breath — all the mediocre, uninteresting crap that goes along with being alive. In other words, you are not seeing all of the stuff that they don’t post on social media, because it is just not that interesting. What you are seeing—and what you are comparing your own success to — is the highly curated, highly processed, most interesting, most awesome, most cool, and most visually appealing 2 percent of their lives.

When you start moving forward in your career, something interesting might happen: people might start looking at you as a hero. If this happens — and I hope it does, because it is an amazing feeling — you should be honest about the good stuff and the bad stuff. Instead of tucking the bad stuff away, you should feel free to talk about it. I have a large following on social media, and I often talk openly about my mental health, my struggles, when I’m having good days, when I’m having bad days, and just the reality of living beyond the carefully curated pictures of my work. I take the responsibility of having people listen to me very seriously. I think I owe it to them and to myself to be open and upfront about who I am. This lets people understand I am not a god, I am not infallible, I do not always make awesome stuff, I am a screwed-up, messed-up person trying to figure it out every day, feeling like I’m not ready, feeling just like they do. I hope you do the same.

Excerpted from How to Be a Design Student (and How to Teach Them) by Mitch Goldstein. Published by PA Press, an imprint of Chronicle Books.

Mitch Goldstein is a designer, artist, educator, and author based in upstate New York. He is an Associate Professor at Rochester Institute of Technology, where he teaches in the College of Art and Design. He has written about design education for years, with articles published in Communication Arts, Adobe 99U, and AIGA.

What your heroes don’t show on social media

Some thoughts on heroes, social media, and inspiration. 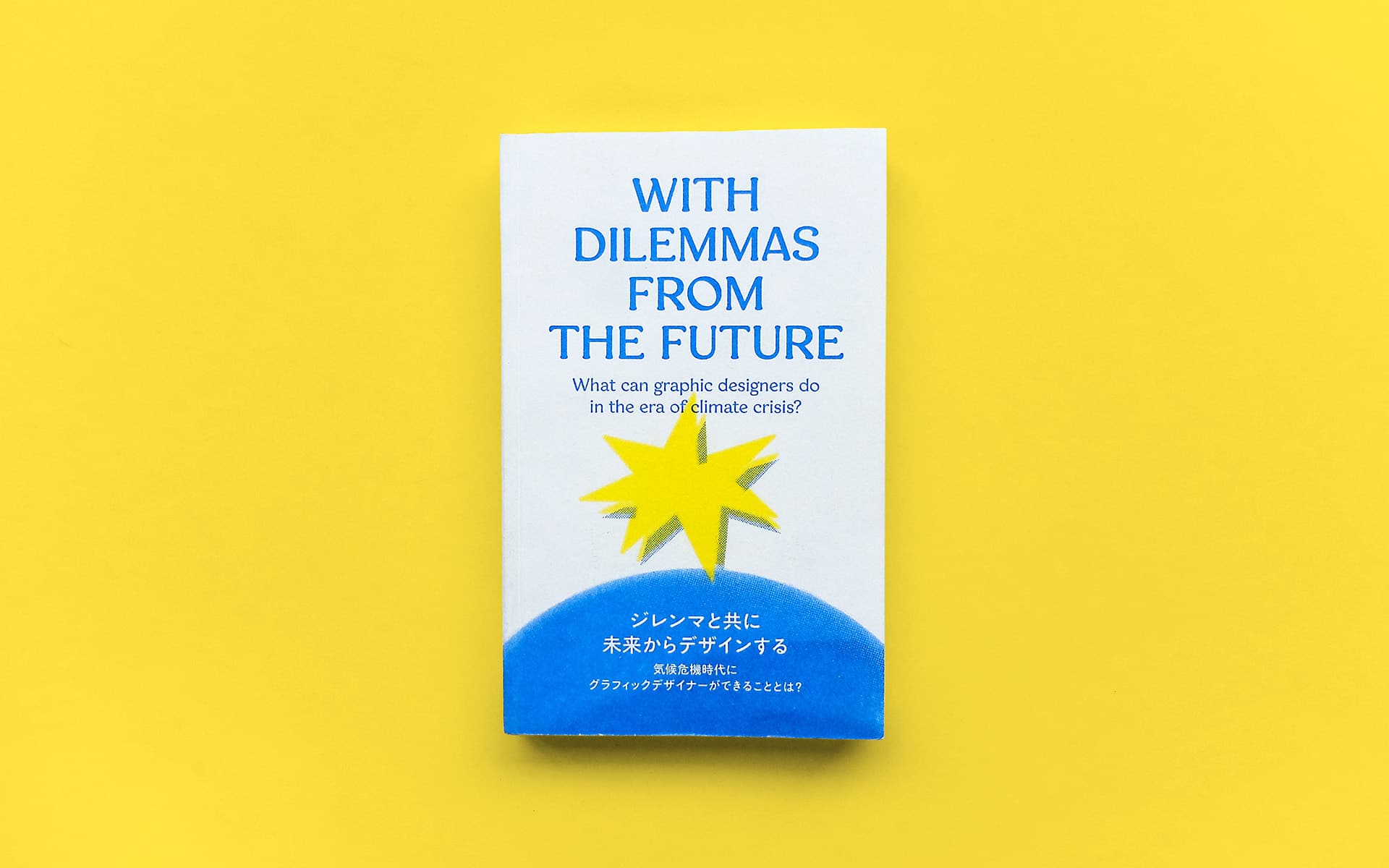 What can graphic designers do in the era of climate crisis?

An interview with graphic designer and researcher Benedetta Crippa. 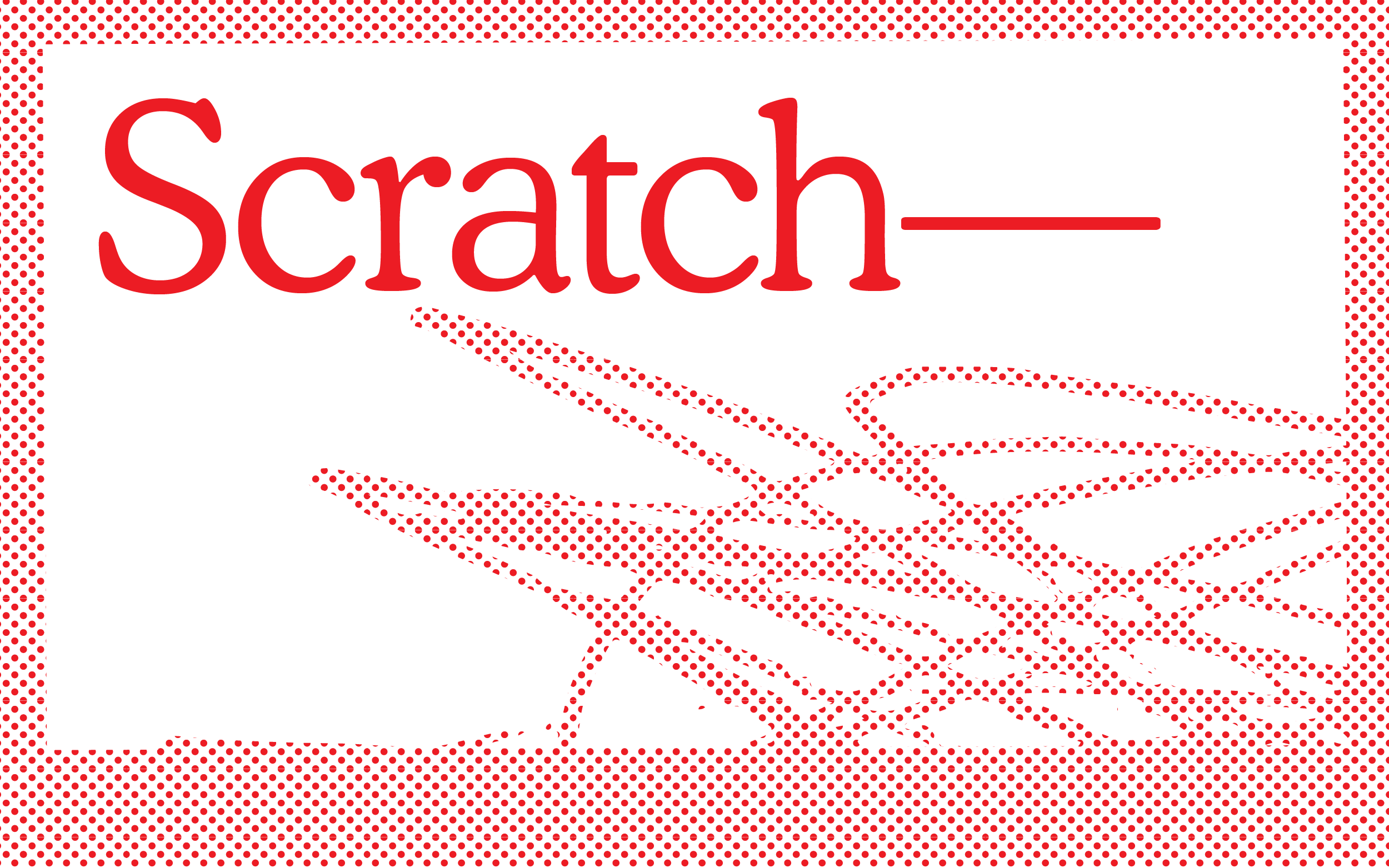 A new platform for longform stories, essays, and interviews about design.